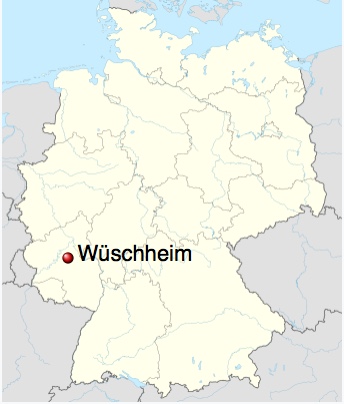 I’m hoping to scratch an old itch and hoping you folks can at least point me in a direction.

I was stationed at Morbach Munitions Site in Germany in the early 90s and when the GLCM system was fully shut down we ‘inherited’ responsibility for all the local sites including Hahn (where our housing and support was located) and Wüschheim which was used for storage. About half way between Hahn and Wusciem was a small Munitions Storage Area we were told was used to house the warheads and/or munitions for the Mace/Matador’s but had been shut down when they left. (In typical government fashion the military spent millions building a brand new set of bunkers just in time for the end of the Cold War and we shut the place down again, never having used it except to transship some items.)

Anyway, there was one particular bunker that everyone was curious about but no one would admit to knowing anything about. I suspect that in the end I will find that A) no one actually DOES know anything or B) someone does but can’t say anything. But it can’t hurt to ask. The thing(s) (there were many) that intrigued those of us that saw it were, for starters, the doors faced the fence which was opposite to every other bunker. Next it wasn’t a “full” bunker even though it was built to resemble one. Inside it only went about half the length of a standard bunker with a solid wall in the back. (Part of what drew us to examine it was that it had a falling apart “ventilator’ on top which when examined was found to end in a concrete base-cap a couple inches into the dirt covering).

As noted it only was half the size of a standard bunker but inside instead of being a single open room it had in the very center of the space a small enclosed “room” of concrete which the walls were a grid-work with a single door opening to one side. There were no other features to the space. No drainage channels in the sides, no ventilation opening and even the fuzeable links on the front doors were fake. “Creeped out” came to mind as the feeling we had looking around, mostly because while this had obviously been built to resemble a standard bunker the fact it faced the fence meant that anyone would note the interior differences any time it was opened so it obviously didn’t make a lot of sense.

Now we were curious enough to ask around but as noted no one would admit to actually ‘knowing’ anything but we were told of rumors of it being built to house the remains of a burned up missile and warhead and the “front” was for monitoring equipment that has since been removed but that didn’t make a lot of sense either.

One older local recalled being told by a friend stationed there in the 70s that about once a month he would be tasked with opening that bunker for someone “from headquarters” who would stand to one side and wave an instrument inside to take readings and then have it closed again and that no one ever actually went IN the bunker or anything was ever stored in it.

It would seem rather “imprudent” for that to be forgotten once the site was shut down but stranger things have happened. Still I had to actively discourage a couple of the younger airmen from returning on their own on a weekend and “digging” to see what they could find.

As far as I know the site was returned to the German government and razed, (which didn’t make a lot of sense as the new bunkers were, well, brand new) but I can’t confirm this as I never made it back down that way once Wüschheim was finally closed. Don’t suppose anyone has an idea what the deal was?